Causes of white spots on the skin 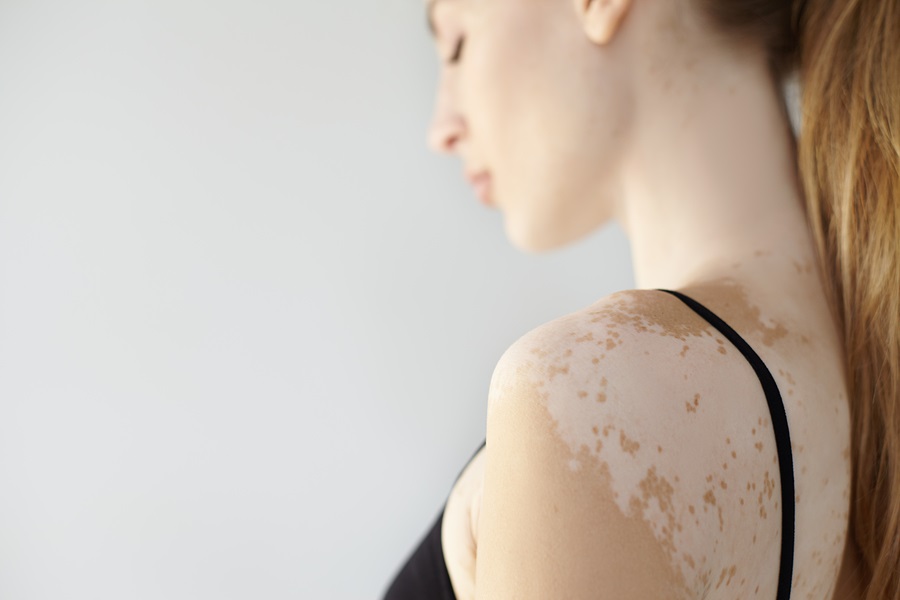 White spots on the skin are a very common and often not serious problem that can have various medical or cosmetic causes. Find out more.

What are white spots on the skin

White spots on the skin are a phenomenon caused by the inability of melanocytes to produce an adequate amount of melanin and, therefore, the affected part is hypopigmented .

The appearance of these spots can be caused by many factors, therefore, it is always advisable to contact your general practitioner who will assess the need for a specialist visit to a dermatologist. 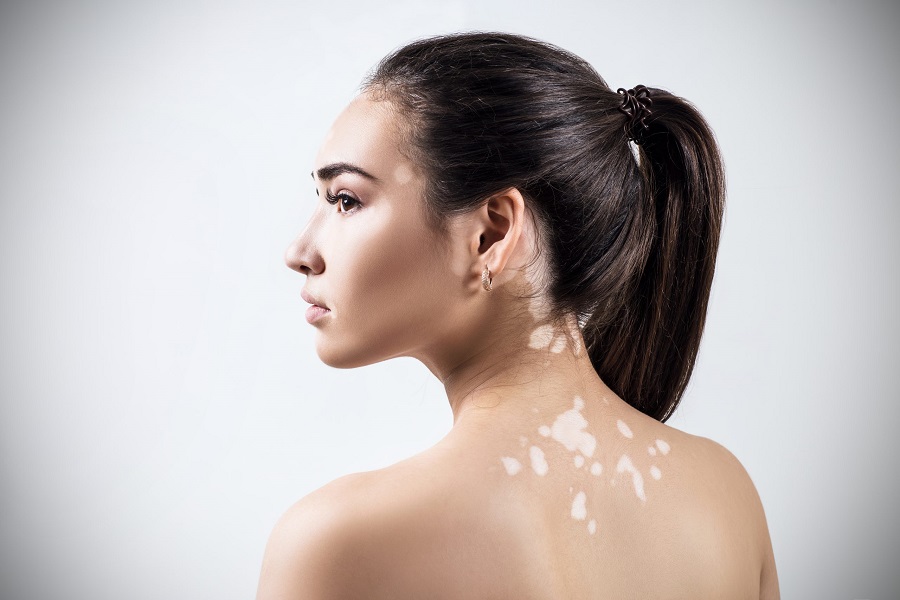 White spots on the skin and other symptoms

In most cases, the white patches on the skin occur without further symptoms such as itching, peeling, blistering or fever. The lack of other symptoms should not, however, delay the visit to a doctor.

Obtaining a timely diagnosis can, in fact, facilitate a rapid resolution of the problem.

What to do in case of white spots on the skin

In the event of the appearance of white spots on the skin , it is necessary to go to your doctor in order to obtain a timely diagnosis of the problem and a possible treatment to follow.

In general, the presence of white spots on the skin is not, however, a symptom of dangerous or contagious pathologies.

The main causes of white spots on the skin

The phenomena of skin hypopigmentation can have multiple causes, the main ones being:

So let’s explore the main causes of white spots on the skin and their treatment.

Vitiligo or leucoderma is a pathology that manifests itself with white patches of irregular shape and even large dimensions.

These spots can affect the face, neck, arms, hands and, more rarely, can occur near the nails, eyes, anus and genitals.

Vitiligo usually occurs during youth and its exact causes are not yet fully known.

It is assumed that heredity plays a fundamental role in its development, just as this pathology could be exacerbated by stress and the concomitant presence of hyperthyroidism , adrenal insufficiency or anemia caused by the lack of absorption of vitamin B12 .

The treatment is mainly aimed at reducing the contrast between the areas affected by hypopigmentation and the normal ones .

In less serious cases it is possible to resort to various natural remedies that are easily achievable, even at home, such as packs based on olive oil and avocado or based on lavender and neem oil .

When this pathology occurs in a more serious way, it may be necessary to resort to phototherapy sessions .

Vitiligo, in fact, can undermine the psychological well-being of those who suffer from it, causing major problems with self-esteem and acceptance of one’s physical appearance. Although lately the perception has changed and we have even seen models suffering from vitiligo on the face and body parading for fashion houses and posing for various advertisements.

White patches of skin on the neck, back or trunk can also be caused by pityriasis versicolor or tinea versicolor, a dermal infection that is not contagious even through direct skin contact.

It manifests itself with the gradual appearance of small circular spots that over time tend to join together to form a much larger depigmented area.

Typically, these spots occur on the back, chest, neck and arms but there are cases where they also affect the face.

The disease is caused by fungal microorganisms that normally lodge on the skin without causing any kind of discomfort. There are, however, particular conditions that can induce an uncontrolled proliferation of these fungi and, therefore, the appearance of white spots.

Situations at risk include:

The treatment takes place through the use for 10-15 days of ointments to be spread on the affected part and usually the spots tend to disappear completely after a few months from the end of the treatment.

The cases of relapse are unfortunately frequent and it is often necessary to intervene with oral drugs .

Another common cause of white patches on the skin can be pityriasis alba, a condition that particularly affects children and young people.

It manifests itself with non-itchy spots, characterized by peeling, which mainly affect the face and arms. During the summer season there is a higher frequency of cases of this dermatological disorder.

The reasons that cause the appearance of Pityriasis Alba have not yet been precisely identified, however, it has been noted that it has a greater incidence on particularly dry skin or skin affected by atopic dermatitis or in subjects suffering from psoriasis.

Pityriasis Alba disappears spontaneously within a few weeks of its manifestation, however it is advisable to always keep the skin very hydrated and protect it from the sun with creams with a high protective factor.

One of the most common causes of white spots on the legs and arms is due to guttate hypomelanosis , a skin disorder that occurs mainly in women over 50 years of age.

It is characterized by the presence of small rounded spots that are concentrated mainly on the legs, arms, in any case, areas that are always exposed to sunlight.

This situation occurs in all its evidence during the summer, when the tan of the rest of the epidermis creates an even more marked contrast with the hypopigmented areas.

It is one of the consequences of excessive exposure to sunlight and occurs when the skin begins to age.

Unfortunately, there is no treatment aimed at eliminating the white spots on the skin caused by this disorder, but you can only act preventively by trying to limit exposure to the sun’s rays and using sun creams with a protective factor greater than 50.

White spots on the nails

Often there may be white spots on the nails, this phenomenon called leukonychia , is transversal to all age groups and can be caused by:

Another common cause of white spots on the nails is also a prolonged use of nail polish , especially when it is added to the already present layer without being replaced in its entirety .

This rather widespread habit causes a sort of maceration of the surface layer of the nail.

How to cover white spots on the face

The white spots on the face, regardless of their cause, can be easily covered using concealer and foundation to be chosen in a shade as similar as possible to that of non-depigmented skin.

In case the spots are caused by vitiligo, cosmetic lines created ad hoc for those suffering from this type of problem with a very high covering power, which do not dissolve with water and sweat, are available in the pharmacy.

How to cover white spots on legs and arms

The spots on the legs in summer can be covered using a self-tanning cream whose shade must be chosen carefully to avoid a worsening of the discoloration. The extra advice is to choose this cosmetic in the spray version as it is easier to obtain a uniform and compact effect.

While in winter with opaque dark or patterned socks will help hide this imperfection. 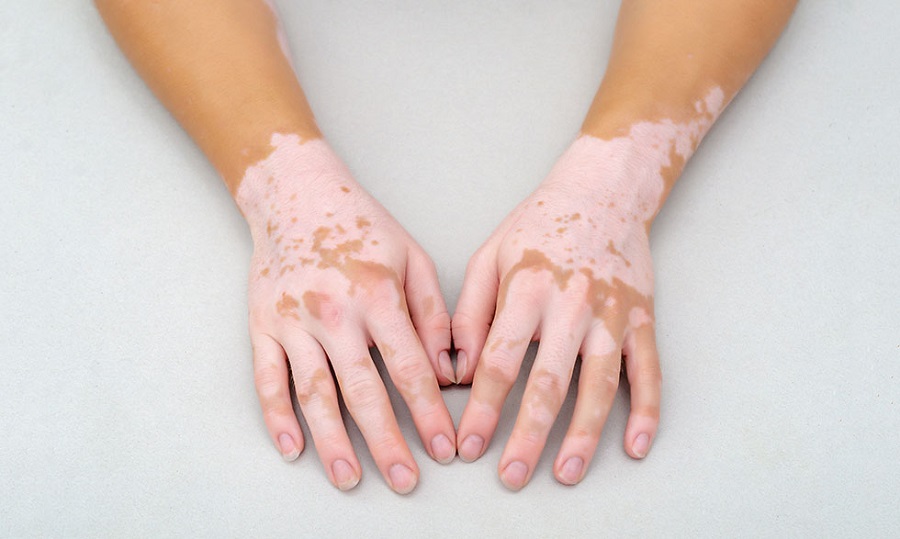 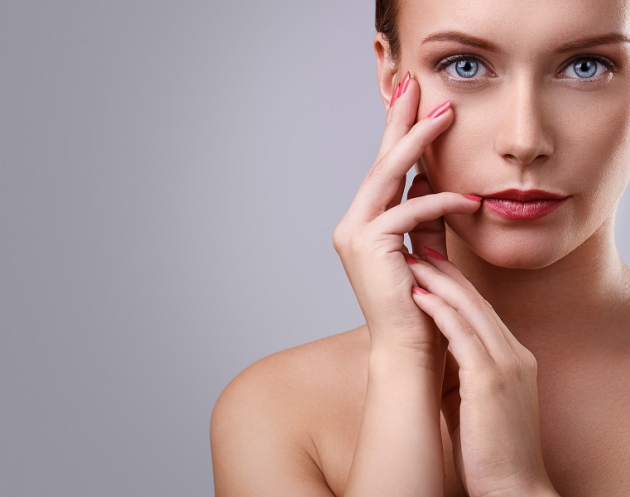 How to get blemish-free skin 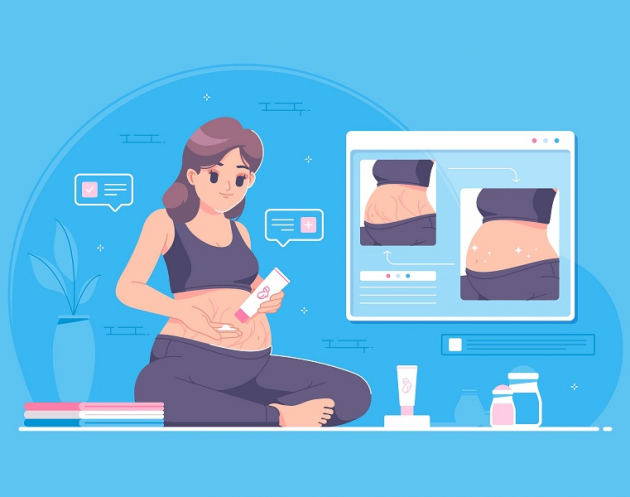 How to prevent stretch marks? Here are the best natural systems